World of Top Gear, home to the cars created for the nation’s favourite motoring TV show, has reopened at Beaulieu following a refresh in time for the summer holidays, with new displays and new motors joining old favourites.

Just like many of the unique automotive creations on display, World of Top Gear has been re-engineered to bring it bang-up-to-date, reworked around three new themes; Destination: Adventure!, Innovation, and Team Top Gear. After a thorough going-over, rather than just a coat of paint and a pair of furry dice, the exhibition is open again and revving up to welcome visitors once more, as part of a big family day out at Beaulieu.

With the Top Gear team’s passports full of stamps from across the globe, Destination: Adventure! pays homage to Freddie, Chris and Paddy’s truly impressive adventures in far-flung places. The Sinclair C5, which Freddie Flintoff bravely took down a Norwegian bobsleigh course, has taken its place alongside the Renault 4 and Peugeot 106 Rallye from the boys’ Nepal adventure, the Maserati Biturbo and Chevrolet Camaro that survived the Cuba roadtrip, and the bikes from the Vietnam Special. 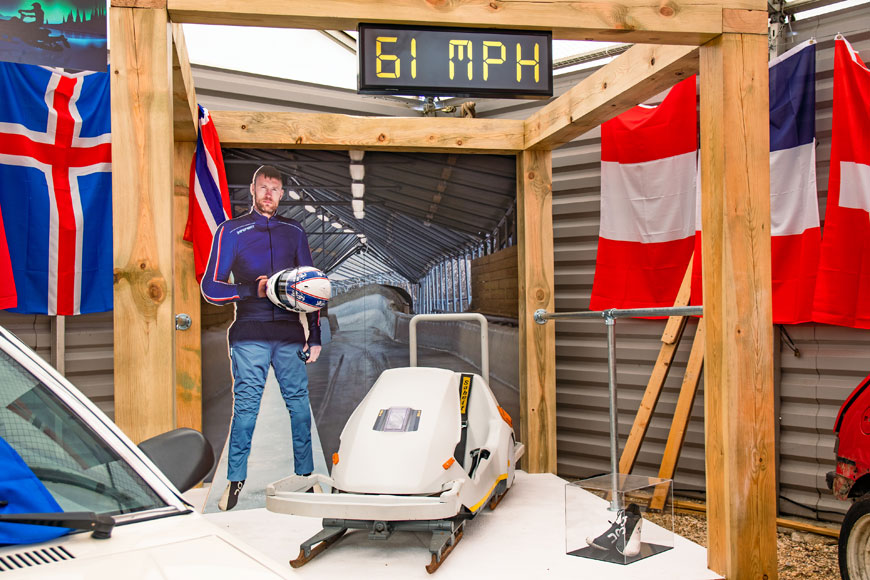 Looking to the future, Innovation explores the changing face of motoring with the brand new Future Fuels Lab. In this part of the exhibition, the presenters’ home-made electric cars – the Triumph Spitfire, Subaru Brat and modified Nissan Leaf – are joined by a new Hyundai Ioniq 5, representing the latest advances in EV technology, while visitors can watch a clip from episode 5 of Series 32 in which Chris Harris investigates the future of fuel. While nearby, the Hammerhead Eagle i-Thrust represents the first time the show dabbled with electric vehicles. 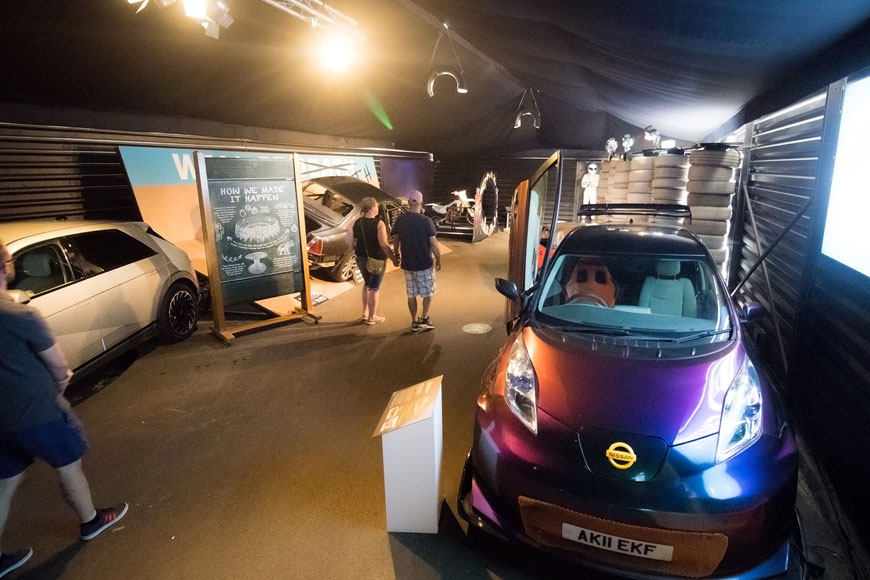 Celebrating the love of vehicles and car culture around the world, as well as the teamwork of the three presenters as they complete gruelling motoring-themed challenges, is Team Top Gear. Take a close-up look at the stripped-out Mad-Maxerati that triumphed on the nerve-wracking Wall of Death, and the Bentley, Mercedes and Rolls-Royce racers from series 26, then get involved and have a selfie as you climb onto a stunt bike in a ring-of-fire photo opportunity, as part of Paddy McGuinness’ tribute to his childhood hero, former stunt performer Eddie Kidd OBE. 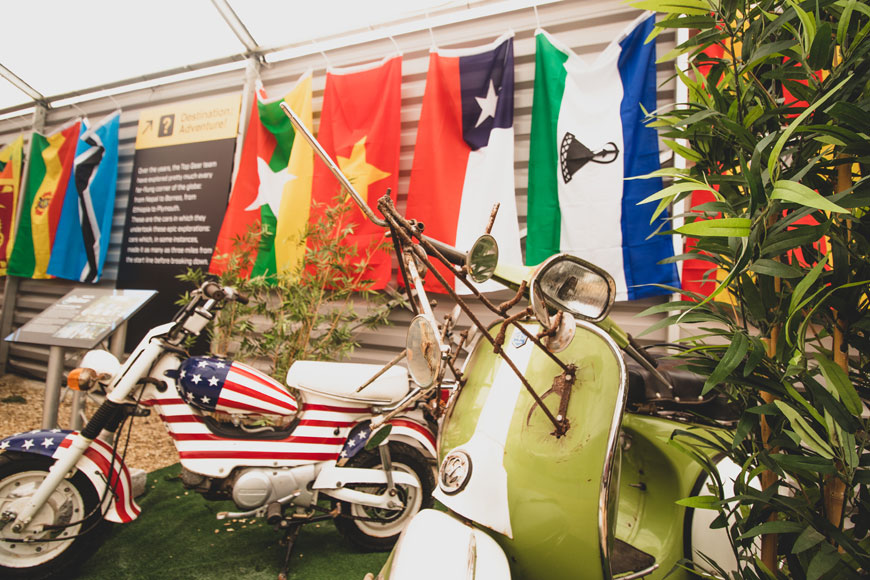 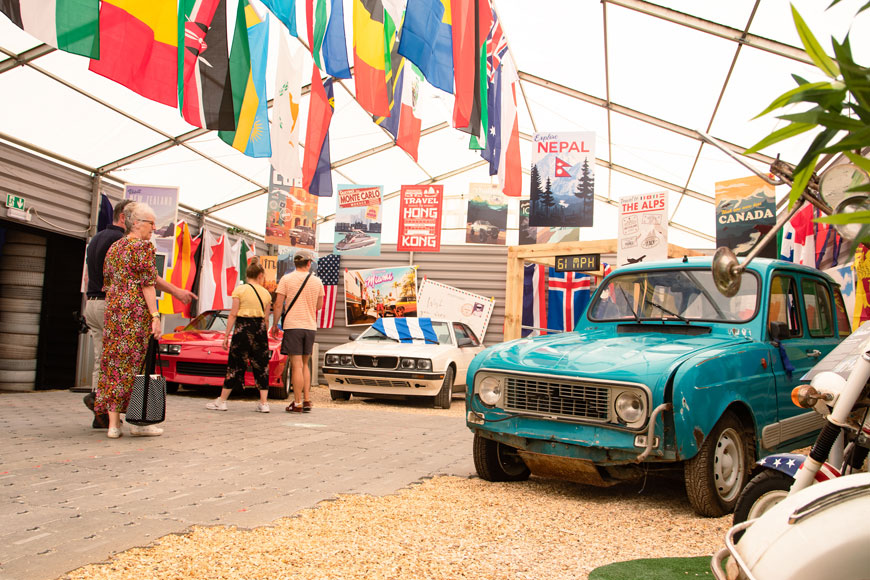 Look out for the Stig… does his gaze silently follow you around the room? While inside the Enormodrome, watch a brand new introductory film, exclusive to Beaulieu, from the presenters and see the bungee-jump Rover Metro Cabriolet suspended, as you experience what it’s like inside the Top Gear TV studio. 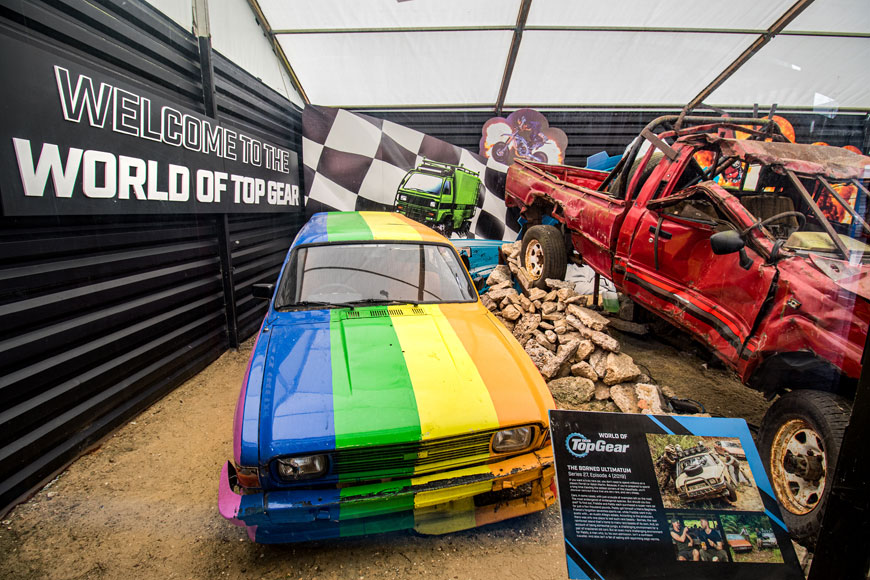 Alongside, see old favourites from previous series of the show, including Paddy’s Dirty Rascal, the high-performance Jaguar hearse, the all-electric, all-wheel-drive Mr Nippy ice cream van, the Triumph Herald yacht and the Jaguar XJ-S train. Pose for a spaceman selfie opportunity by the Reliant Robin Rocket, then rest your legs on the Fiat Panda stretch limousine bench. 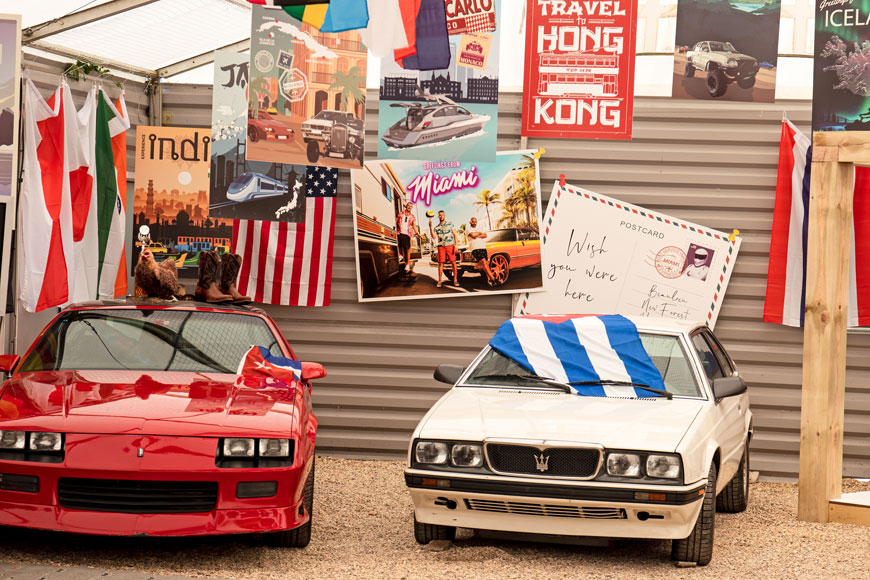 World of Top Gear is just part of an action-packed summer visit to Beaulieu. From 23rd July to 4th September, enjoy the daily motoring parade, when vehicles of yesteryear will rumble into life and drive out of the National Motor Museum for demonstration laps of the Arena. While around the grounds, meet larger-than-life Living History characters, and watch age-old falconry skills in action, with demonstrations by Lord Montagu’s falconer. 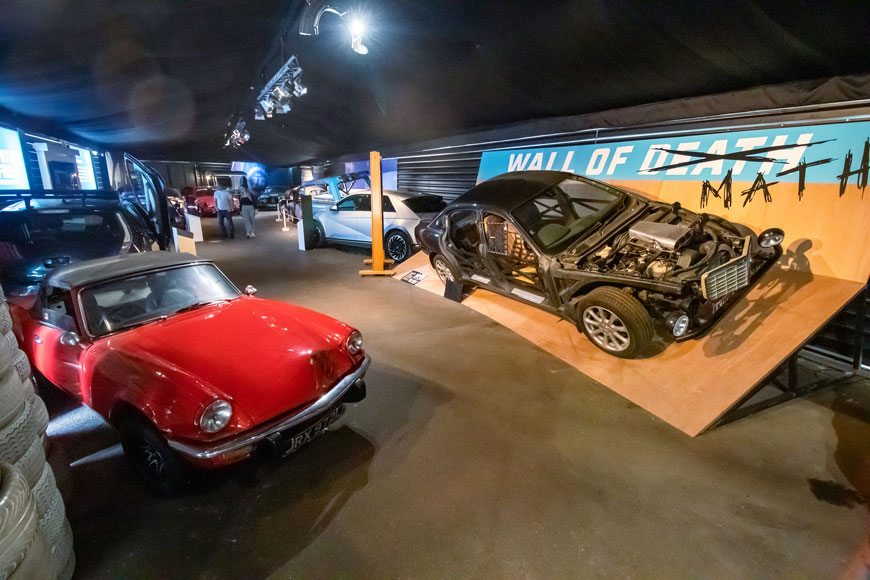 There’s plenty to see inside the National Motor Museum. New exhibits are on display in Bond in Motion – No Time To Die, while newly opened is The Story of Motoring in 50 Objects, celebrating the 50th anniversary of the museum.

World of Top Gear can be seen all year round, as a permanent feature of the Beaulieu attraction. Click here for more information and to book your tickets now.

Categories:  World of Top Gear
Share this page
Join the beaulieu newsletter
For all the latest offers & happenings here...