Now showing at Beaulieu – welcome to the World of Top Gear!

If you’ve ever wondered what happened to the cars that were battered, modified and generally ruined by the BBC’s Top Gear team, we have some excellent news!

Because not even the dodgiest used car dealers would buy them, we’ve lovingly gathered them up and displayed them in the World of Top Gear – a special exhibition in homage to the world’s biggest car show.

Please be aware that the World of Top Gear will be closed from the 6th – 17th July whilst we update the exhibition with new displays and exhibits. We are sorry for any disappointment caused.

Banged up… and bang up to date!

World of Top Gear features vehicles from every era of the Top Gear challenges, including old favourites like the Reliant Robin Space Shuttle, as well as fresh, new exhibits from filming with Paddy McGuinness, Chris Harris and Freddie Flintoff. 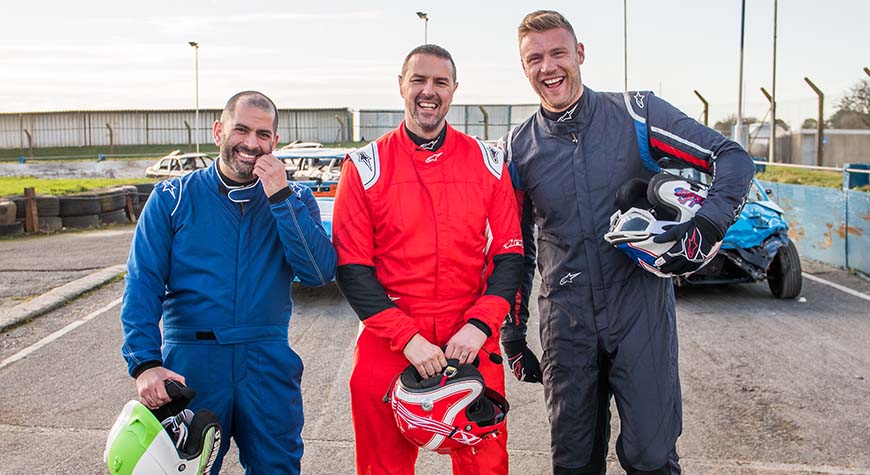 Experience what it’s like inside the Top Gear TV studio with a visit to the Enormodrome which recreates the feel of the iconic set. 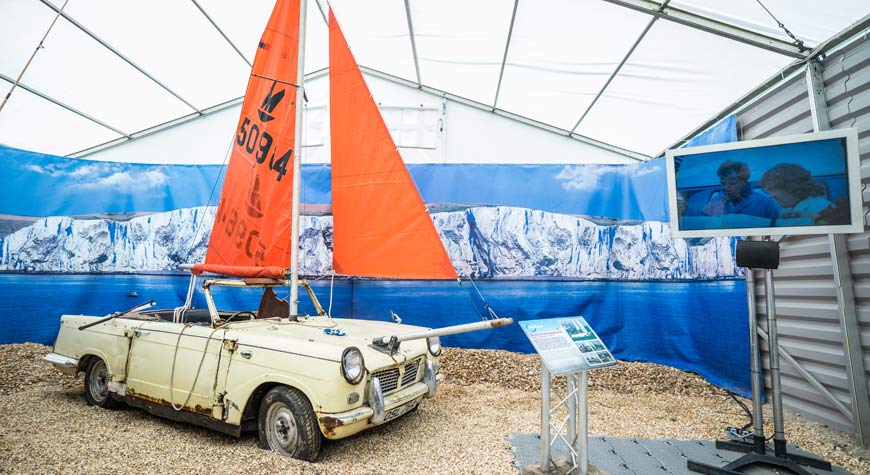 See the Top Gear challenge cars in the condition they were left after filming – with new ones arriving every series straight from the film set! 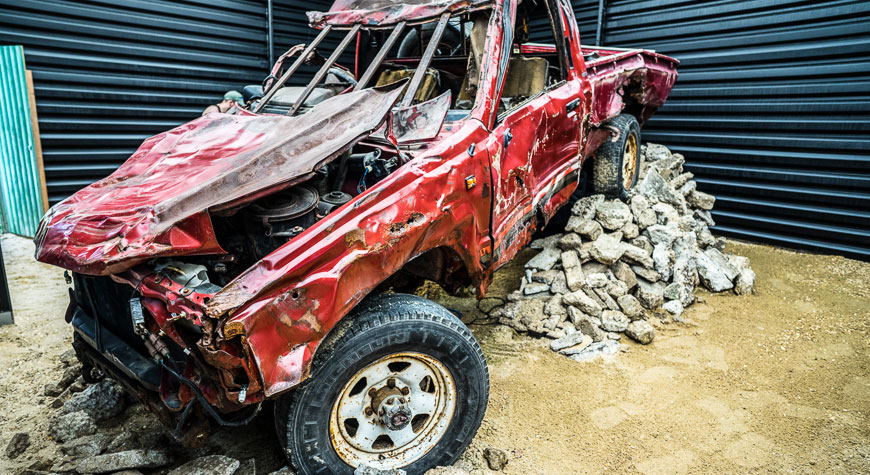 In homage to the past, a heritage corridor timeline pays tribute to the show’s 40-year history. 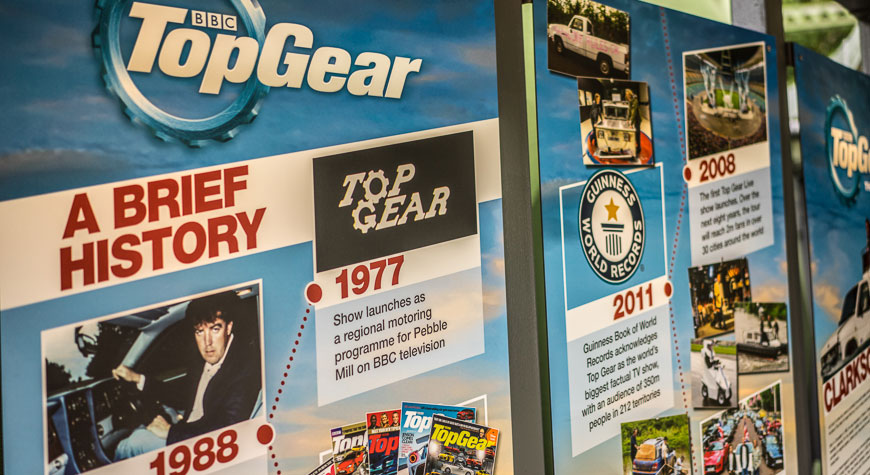 Take a seat in the world’s longest limousine selfie spot, or hop into the trailer hooked behind the Jaguar XJS Sport Train. 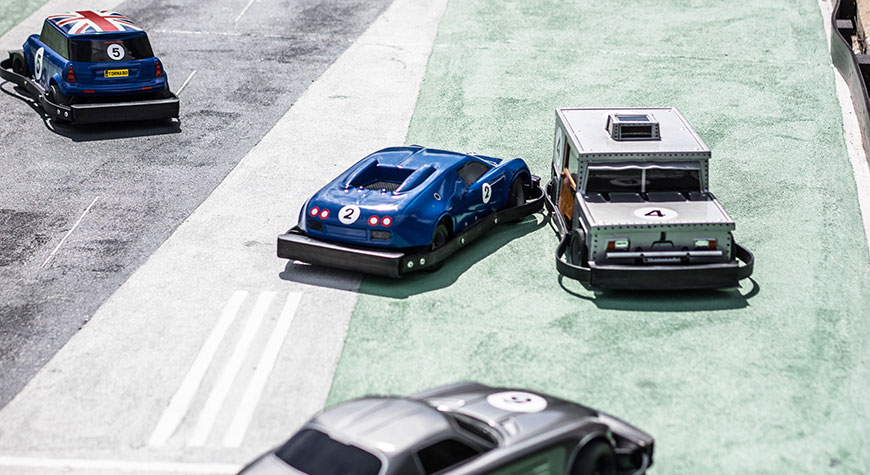 Vehicles straight from every era of BBC’s Top Gear challenges can be seen on show at Beaulieu. These are just some of our favourites…. 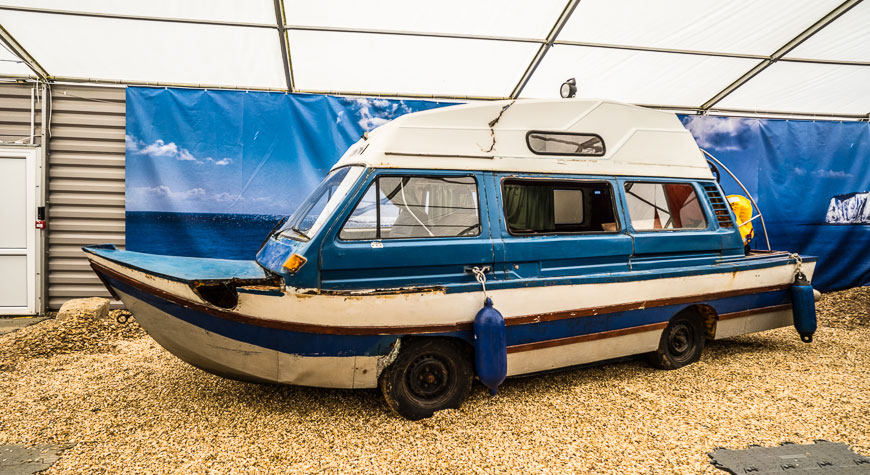 Marvel at the actual Volkswagen camper van that Richard Hammond used when he took part in the second version of the now-legendary Top Gear amphibious challenges.

Still sporting its distinctive blue livery, this stately queen of the waves offers an impressive theoretical top speed of 7, although we can’t remember if that’s in knots or something else.

However, the grand old dame of the waters isn’t just about speed. Her proudest boast is that she has the facilities on board to make tea for up to three or even four people. 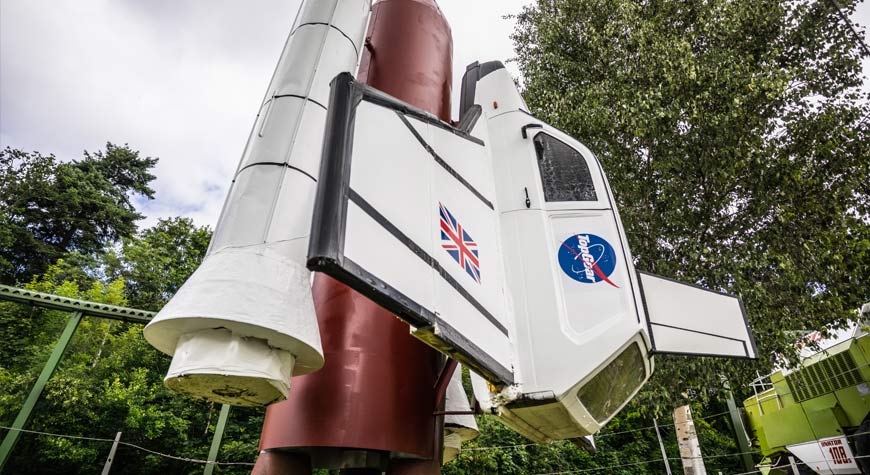 Beaulieu is home to the actual Reliant Robin which DIDN’T go up into orbit as part of the ill fated Top Gear space programme.

The exhibit you can see at Beaulieu is Reliant 2, the craft which would have been used on the second mission, had the first one not ended in such a massive and disappointing fireball somewhere over Northumberland. 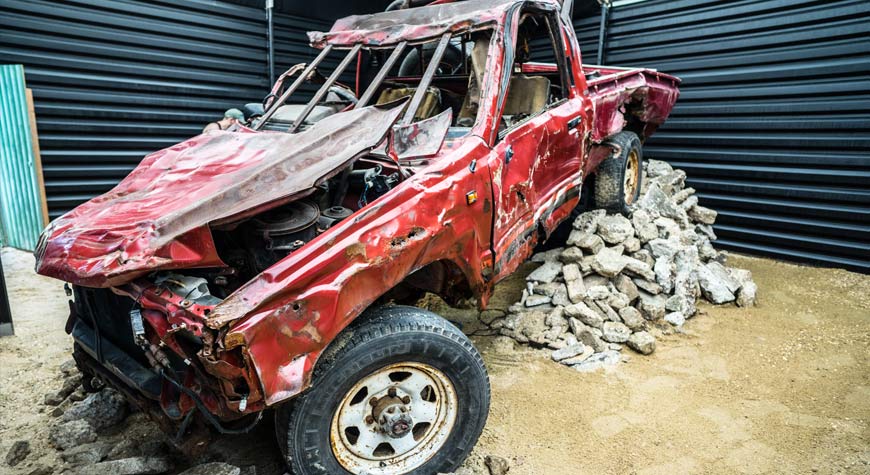 See the actual car driven by Jeremy Clarkson and inadvertently placed on top of an exploding tower block by James May.

Originally bought as part of a plan to redesign the Top Gear studio set, Jeremy decided to find out if it was possible to kill this ‘cockroach of the car world.’

Unfortunately both Clarkson and May failed in their efforts to stop the plucky Toyota from working, and it can now be see rising out of the smoke in the World of Top Gear.