Renowned custom car builder Andy Saunders will be returning to Beaulieu’s Hot Rod & Custom Show as show ambassador, bringing one of his astonishing creations along as part of the packed show on Sunday 19th June.

Famous in the motoring world for his incredible car builds, combining skill and artistic flair, Andy will be chatting with custom fans, meeting other owners and builders, and talking with showgoers about his 1937 Cord Westchester Tetanus which he plans to drive to the show. Then he will be judging and presenting his own award for his favourite car of the show. 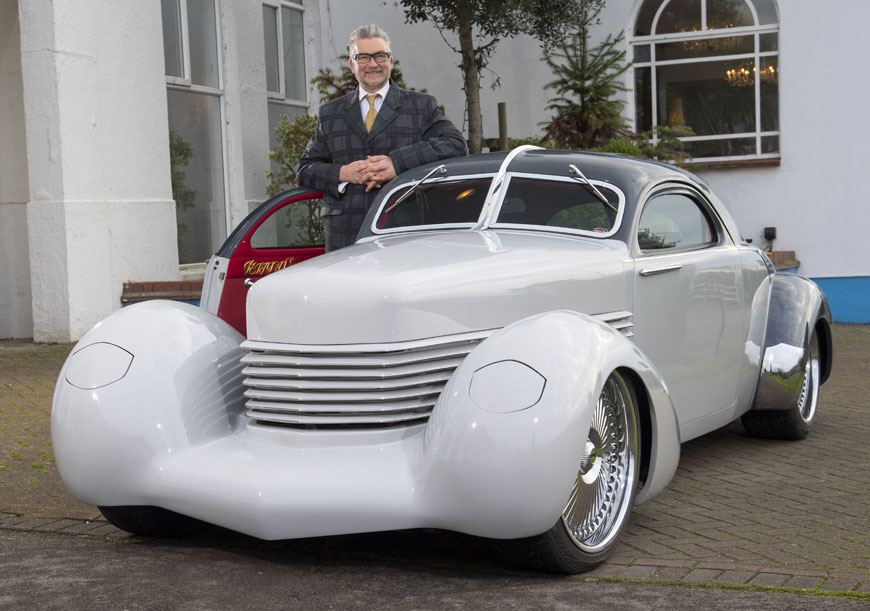 Andy said: “I love the Hot Rod and Custom Show. Beaulieu is such a cool place anyway and when I was growing up I used to go there all the time, because my dad used to take me there.

“The Hot Rod and Custom Show is a great day out, it attracts an awful lot of people. I’ve been going for many years now, to the point that Beaulieu have made me show ambassador. So, if you’re there, come up and say hello and I’ll tell you about the Cord, which I’m hoping to bring on up to the show this year.”

Watch the full interview with Andy about Tetanus here. 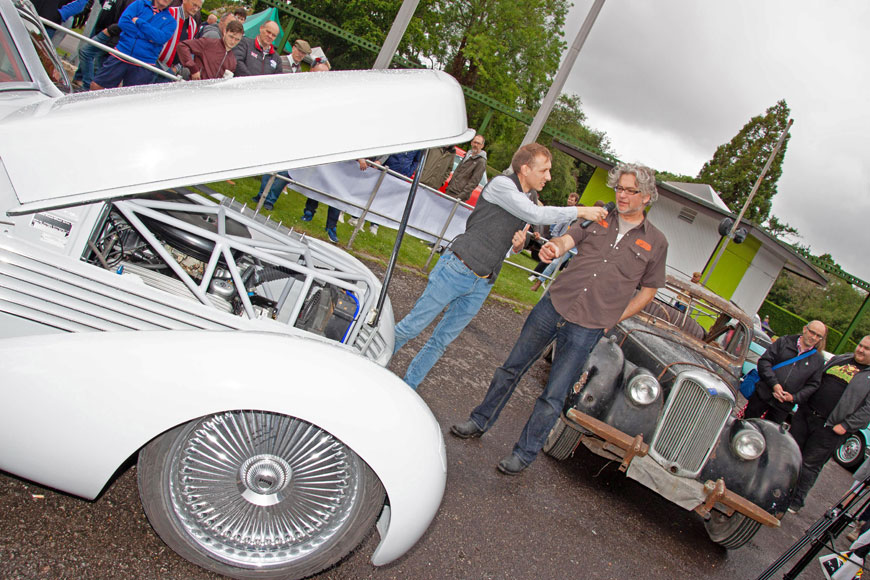 There will be plenty going on for the busy Father’s Day show in the grounds of the National Motor Museum, with customised cars and hot rods, American motors, awesome motorbikes and trikes and pre-1980 classics filling the showground, while live entertainment and dancing will make it an unforgettable summer day out. Held in association with the Solent Renegades club, the Hot Rod & Custom Show is too good to be missed. 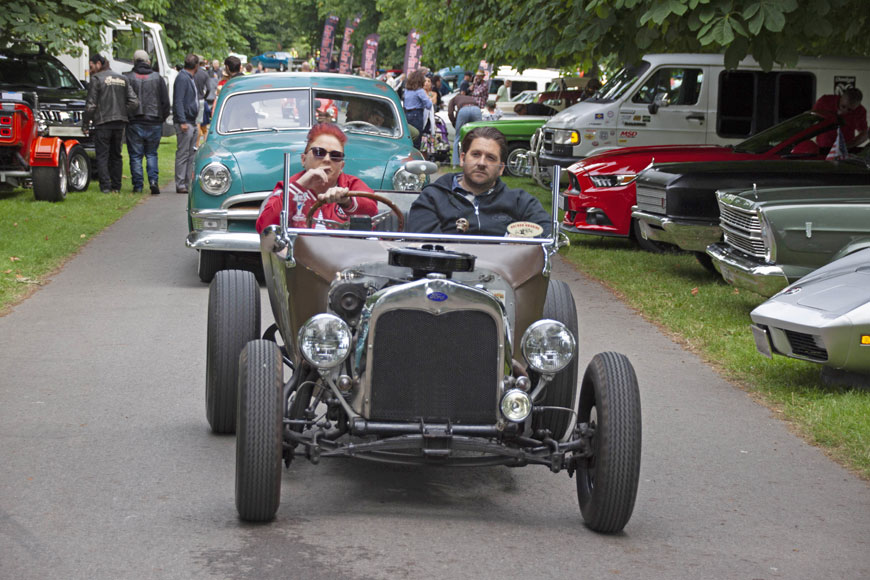 Classic American magazine will be holding one of the heats for its Car of the Year competition at the event. Show participants with qualifying unmodified American cars of any era will be invited to compete, with a trophy for the owner of the most impressive machine and automatic entry into the finals at the NEC’s Classic Motor Show in November.

Last year’s show brought together a varied selection of machines, from Mercurys, Chevrolets, Plymouths, Dodges, Edsels and Pontiacs, to slammed trucks, rat-look roadsters, stripped-down rods and even modified British classics such as a pro-street Humber Super Snipe and a 1934 Sunbeam Dawn hot rod. Also taking pride of place was an incredible hand-built 1931 Auburn special, a selection of high-powered bikes and trikes and a vibrant line-up of colourful customs. 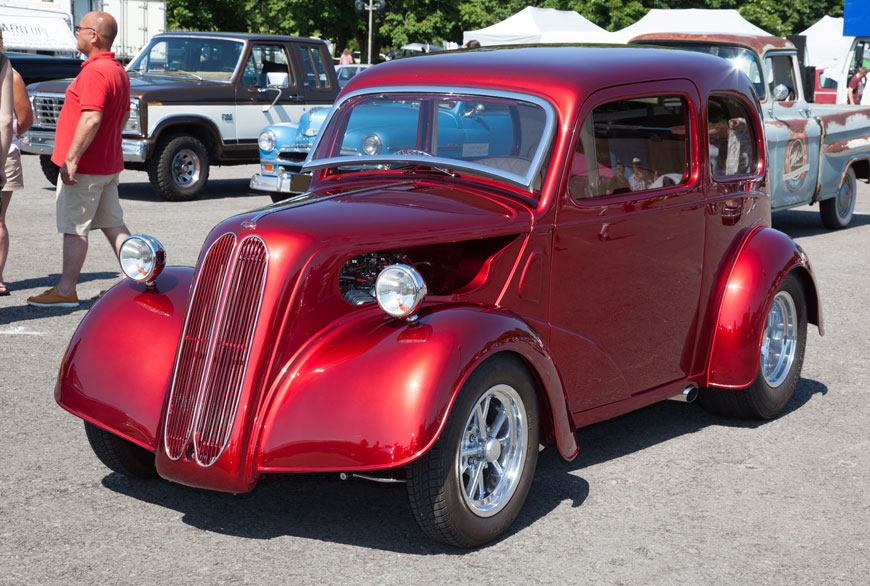 This year promises to be equally impressive, so get set to have your imagination fired up by the wide variety of cool vehicles on show. Prizes will be awarded for top machines, with trophies for Best Custom, Best Hot Rod, Best Bike and Best in Show, along with the Solent Renegades Best American Award and the Andy Saunders Award. 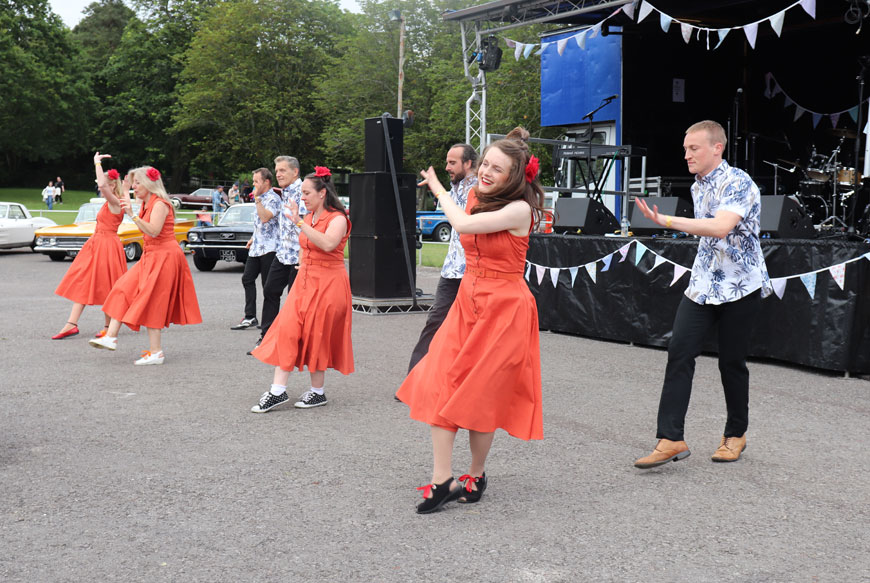 Get your feet tapping to brilliant music throughout the day, with The Bandits and Company B performing rousing retro tunes on stage, then get dancing with how-to demonstrations from Jitterbug Jive. With vintage hair stylists offering retro styles, as well as face painting for youngsters, there’s plenty for the whole family to get involved with.

Don’t miss the Chevrolet Bel Air inside the National Motor Museum, on show as part of the packed exhibition Bond in Motion – No Time To Die. Featured in the latest Bond film, you can see this fascinating American classic up close, alongside several of the film’s other automotive stars.

Participants are encouraged to buy their tickets in advance at by clicking here, which also include entrance to the rest of the Beaulieu attraction. Entry to the showground for participants, driving in with their qualifying vehicle, is from 8.30am, with the main event opening at 10am.

All other visitors should purchase normal visitor admission tickets, which are available to book at by clicking here. 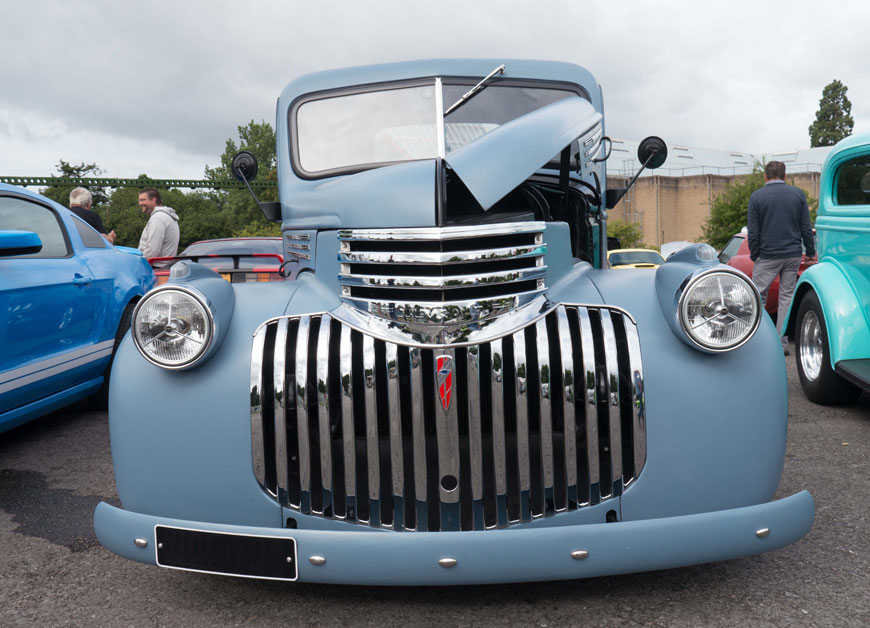