Beaulieu Supercar Weekend is back with a bang this summer for a huge weekend of automotive excitement on Saturday 6th and Sunday 7th August, bringing together impressive high-performance motors for a show that the whole family will enjoy.

Now in its 11th year, this two-day event set in the grounds of the National Motor Museum and the parkland of Palace House will feature over 900 jaw-dropping supercars and hypercars, with high-octane demonstration runs, sound-offs and special displays throughout the weekend.

A favourite amongst fans of the show is the demonstration run, which will return as prized supercars are put through their paces during this 100-metre sprint. See how these supercars perform in heats designed to test acceleration, handling and breaking. Lamborghini, Ferrari, McLaren, Porsche and Maserati will be just a few of the marques represented in this ever-popular feature. 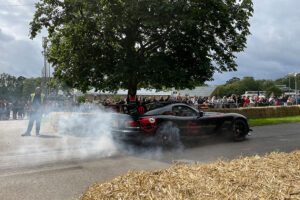 The Sporting Bears Motor Club are attending the show, raising money for children’s charities by raffling off rides in a select number of supercars. If you’re joining as visitors, make sure you don’t miss the chance to be part of the action by grabbing a ticket. 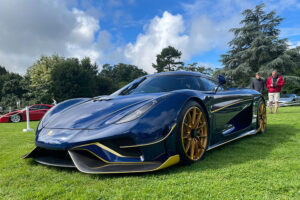 Palace House will be the backdrop to a special one-off display, celebrating Aston Martin through the ages. From early classics through to modern day motoring, all varieties of models will be represented in a showcase of one of Britain’s most iconic brands. 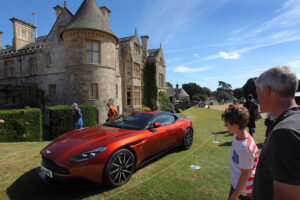 Aston Martin enthusiasts can head inside the National Motor Museum to see new exhibition Bond in Motion – No Time To Die, home to some of their most desirable vehicles including Bond’s DB5 and his V8, which appeared in Living Daylights and most recently No Time To Die. See these two cars alongside seven other vehicles in this exhibition, which celebrates the latest 007 film.

In the afternoon, crowds will gather to see the return of the Supercar sound-off. This feature is designed to find out which supercar has the best roar. A selection of cars will be chosen to showcase the tunes of their powerful engines and whoever rouses the loudest cheer from spectators, will receive a celebratory trophy. 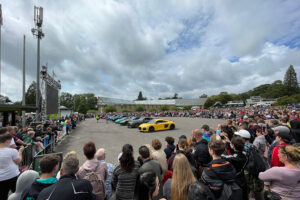 Exhibiting some of the latest and most sought-after supercars, specialist manufacturers will be attending the show in their numbers. Snap a picture beside your favourites which include displays from McLaren, Lamborghini and Ariel. Don’t forget to head over to social and share your memories from your day out using #beaulieusupercarweekend. 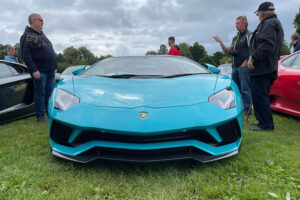 A ticket to the show includes all that Beaulieu has to offer, including Bond in Motion – No Time To Die in the National Motor Museum, Little Beaulieu, World of Top Gear, On Screen Cars, the ancestral Montagu home Palace House, Secret Army Exhibition, 13th century Beaulieu Abbey and the stunning grounds and gardens.

More features will be announced soon, head to http://www.beaulieusupercarweekend.co.uk/ for the latest details and to pre-book tickets. 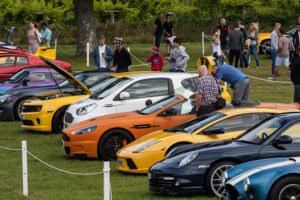