Beaulieu’s Spring Autojumble was back in action as over 13,000 visitors and exhibitors came to the busy show on 14th and 15th May. After a three year wait, the greatly anticipated show returned with everything the car enthusiast could need for a great weekend, with showgoers searching for bargains on stands filled with spare parts, collectables, motoring literature and automobilia. 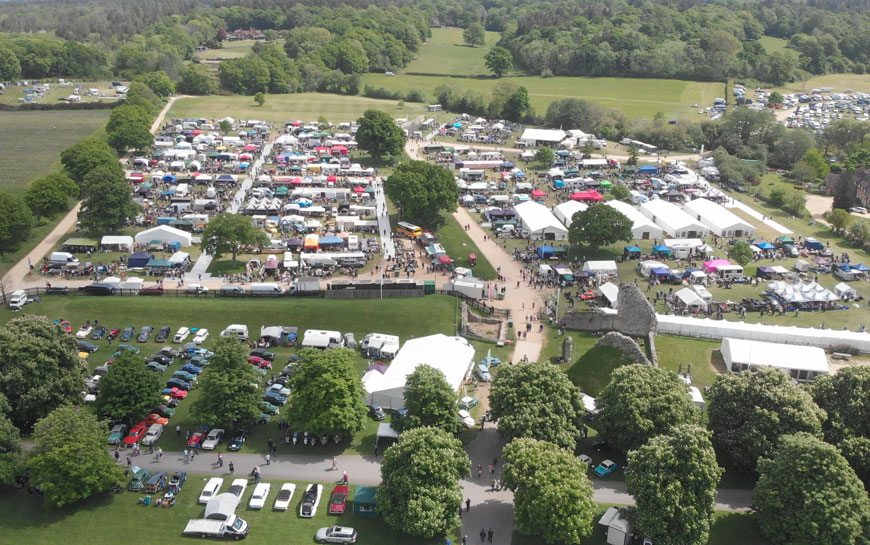 Saturday sunshine put a spring in the step of traders and visitors alike, with deals being done, old friends meeting up, and bargain hunters scouring the fields for illusive items. Not even Sunday’s rain could stop the trading, with Trunk Traders bringing garage and shed finds to the fields, while the Land Rover Rummage pitches were busy with 4X4 enthusiasts snapping up great buys. 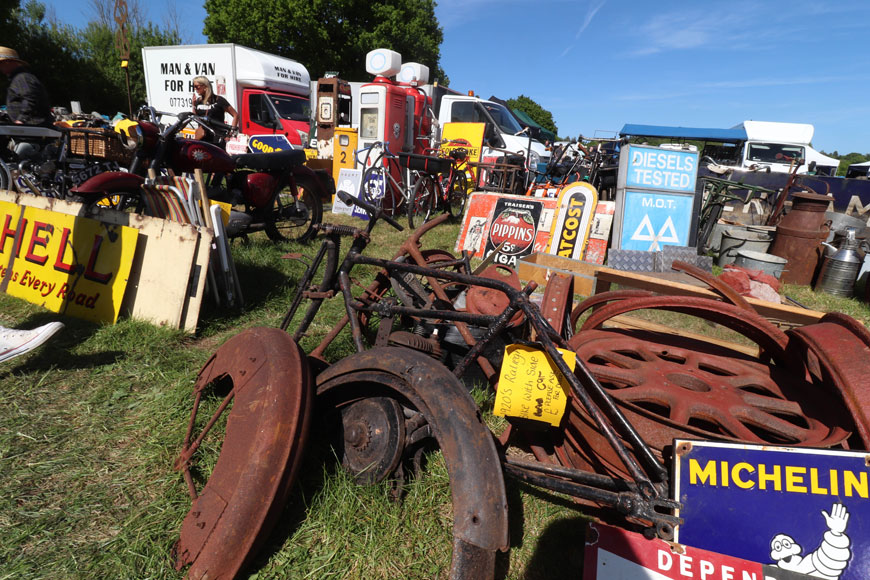 The Best Stand Award was presented to Spring Autojumble newcomers Will Coles and George Comfort. Friends Will from Hertfordshire and George from Richmond had entered into the enterprising spirit and camaraderie of the event, filling their stand with colourful enamel signs, motoring-themed advertising, oil cans and more as part of their passion for buying, selling and collecting automobilia. 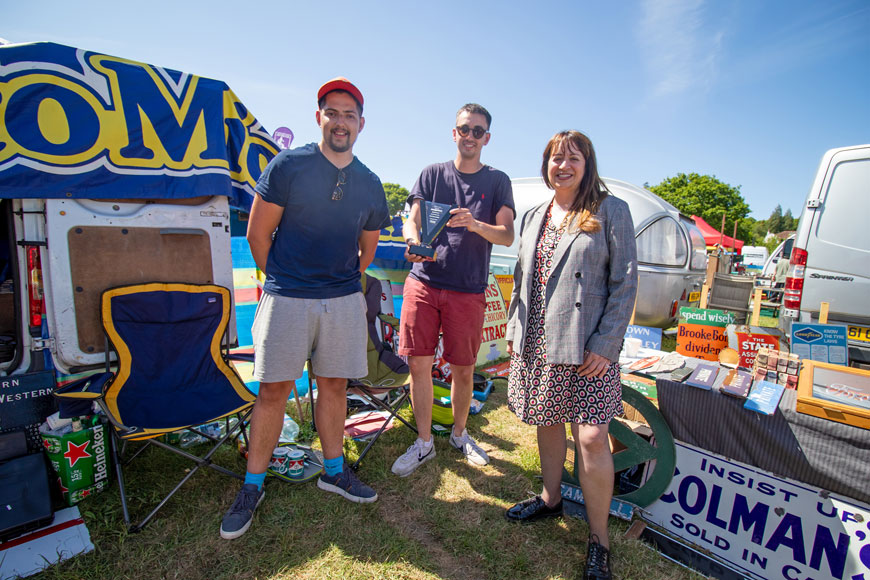 Will said: “This was a lockdown hobby that got out of control. There aren’t many people our age collecting this sort of thing, but George has been around automobilia all his life, so when we were looking for investment, rather than buying stocks and shares, we decided that it would be a lot more fun start collecting. We used to come to the show as buyers, but as our collection got too big, we thought to fund the hobby, we would sell some of the signs, so decided to come to the show as traders. 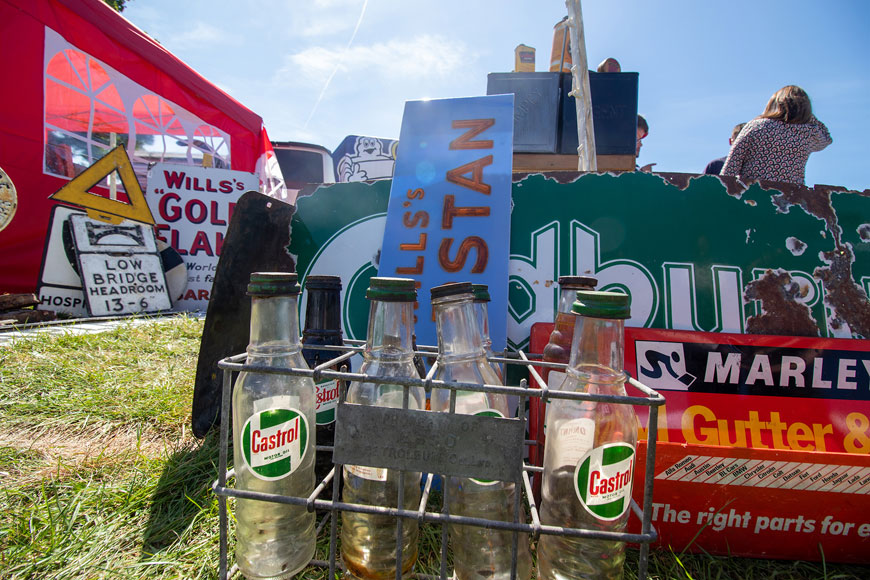 “Our first event was International Autojumble when it returned last September, and it was brilliant, we had a really good time so we thought we’d come back in May. We spent months looking for new stock to bring along this weekend – quality sells, so that’s important to us. It’s been going really well, and we’ve made friends with a few people too. With barbeque, beers and beers it’s a great weekend. It’s like a holiday, but you’re earning.”

George said: “For months as we seek out new stock to bring to the show, we can’t wait to come to Beaulieu. After this weekend, we’ll have a month off, then get collecting again, ready to come back for International Autojumble in September.”

Will and George were presented with their award by Lolly Lee, who donates a trophy every year in memory of her late father and autojumbler Terry Lee, and Danny Hopkins, editor of event media sponsor Practical Classics. Lolly said: “Will and George have really entered into the autojumble spirit with their friendly attitude and eye-catching stand. It reminds me of my dad’s stand. He used to go buying and selling and accumulated so much stock to sell at the autojumbles, including a huge collection of enamel signs.” 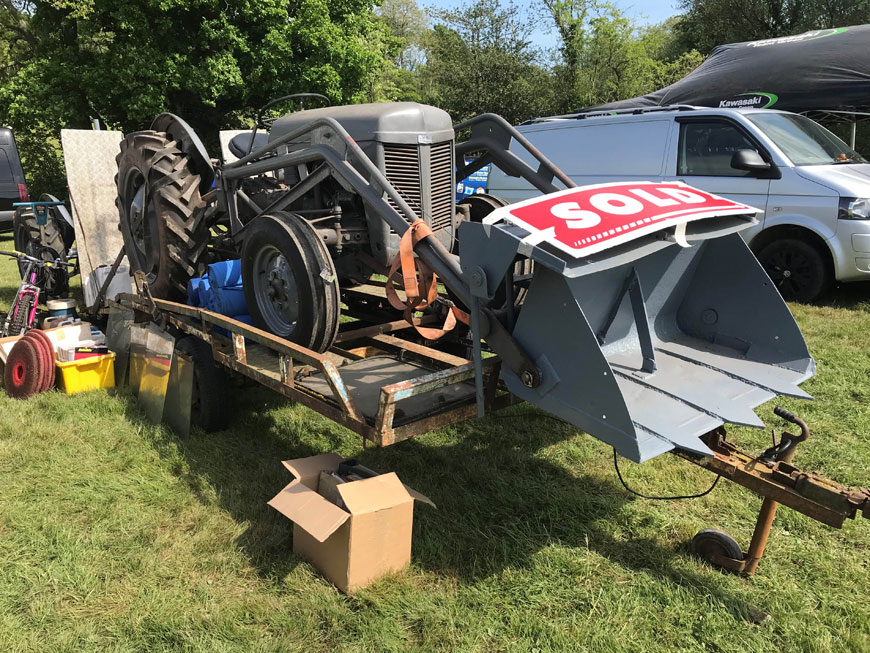 Car club displays were at the heart of the show. No less than five stunning examples of the rare lilac-painted Morris Minor Million were on show in Moggyfest, in a display that celebrated six decades of the limited edition model. A left-hand drive Million, which was originally shown at the New York motor show, was parked alongside a well-worn example set up in a BMC dealership workshop scene, complete with engine crane and ‘mechanic’ underneath the car. Brought together by the Dorset branch of the Morris Minor Owners’ Club, the display saw scores of Minors and contemporary classics park up to join the show. 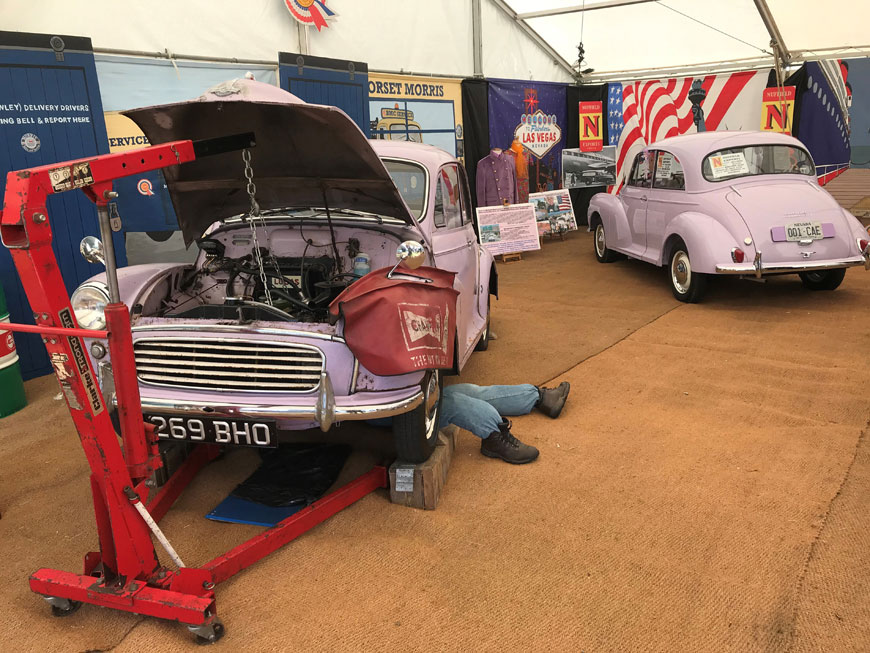 The Austin A30 & A35 Owners’ Club displayed a selection of these charming ‘baby Austins’ on their club stand, including some rare and unusual examples. A convertible A35 and an ultra-rare A35 pick-up turned plenty of heads, as did an A30 saloon that had been used on TV show Ant & Dec’s Saturday Night Takeaway, along with an A35 racer which had previously battled at the Goodwood Revival. A very rusty but unique survivor was the star of the display, an Austin A35 works rally car that had competed in the gruelling 1958 Monte Carlo Rally. 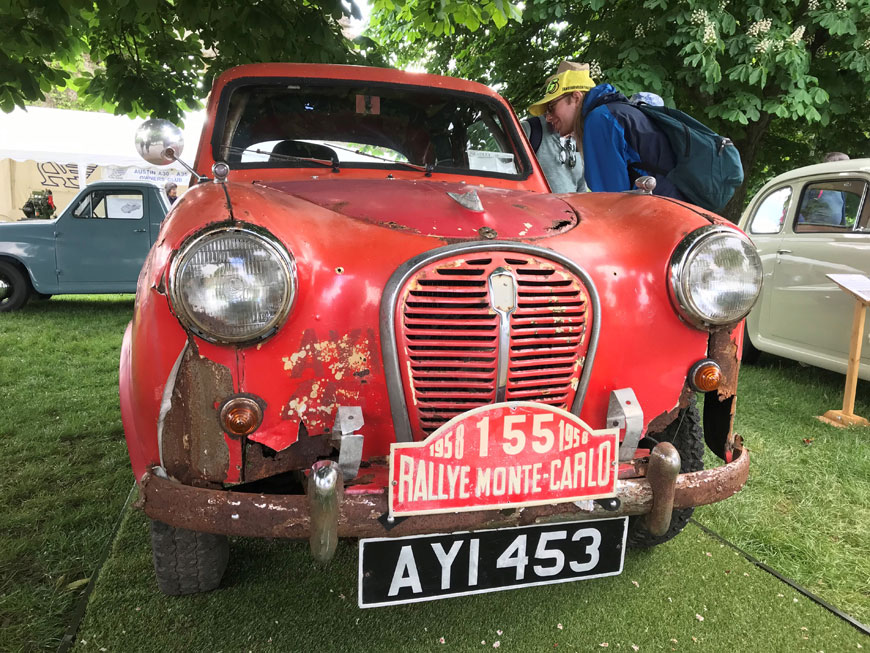 Another show highlight was the Saab Enthusiasts Club line-up of Saabs of all ages. Marking the 75th anniversary of Saab cars, and in honour of all Saabs imported into the UK from 1960 until 2012, the display saw two-stroke 96s and 95s park up with examples of the 99 and 900, as well as a selection of modern-day Saabs. 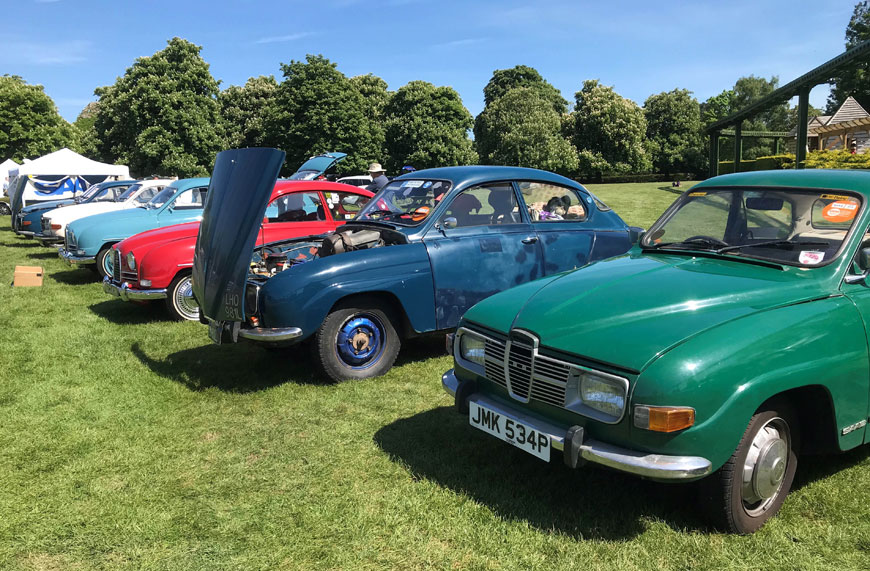 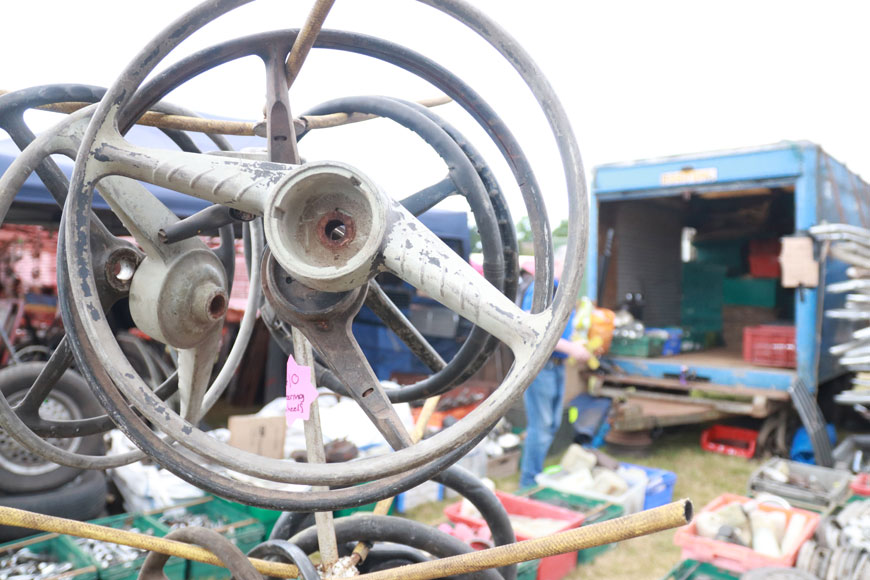 Watch the highlights from the show here, youtube.com/watch?v=DODooNr-kps.

Beaulieu’s International Autojumble will be taking place on 10th and 11th September 2022, with the dates for next year’s Spring Autojumble to be announced later this year. In the meantime, Simply Ford will be taking place on 22nd May, Simply Electric on 29th May, Simply Porsche on 5th June, Simply VW on 18th June and Hot Rod & Custom Show on Father’s Day 19th June. Click here for more information.