2022 marks the 50th anniversary of the National Motor Museum. To celebrate this landmark, we are opening a brand new exhibition – The Story of Motoring in 50 Objects on 3rd July.

This new exhibition features 50 objects that have been carefully selected by Curators of the National Motor Museum Trust. These objects have been hand picked from a wealth of more than 1.7 million items from the internationally-acclaimed collection cared for by the National Motor Museum Trust. These special objects include the most historically important vehicles, motoring artefacts, film footage, images, documents and books from its archives. 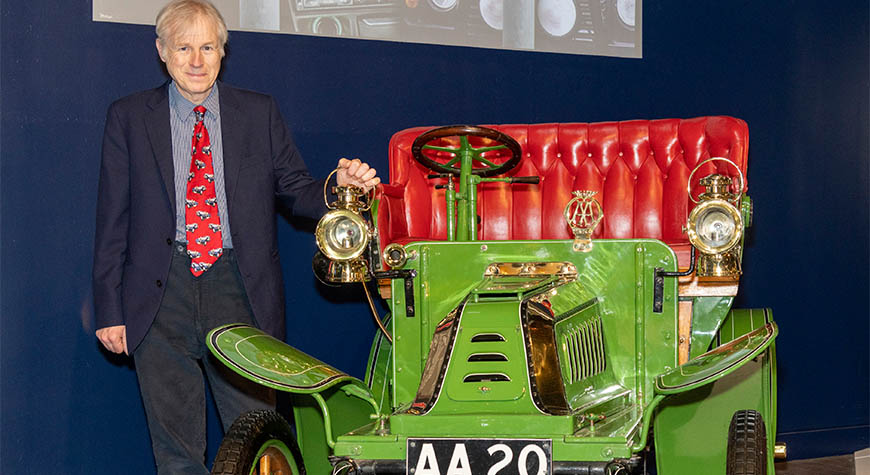 What better place to start then where it all began.  The 1903 De Dion Bouton 6hp started the National Motor Museum collection when Edward, Lord Montagu put this car on display in the entrance hall of Palace House as a tribute to his father, John Montagu. The 1908 Votes for Women! Shell postcard, linking motoring to female drivers, is also featured in this new exhibition. 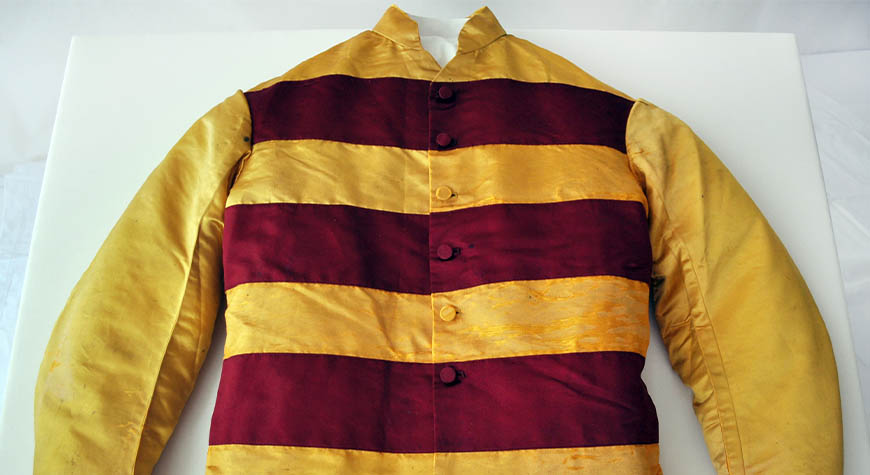 Whether to improve technology, performance and reliability, or to help sell motor vehicles, motor sport has always been integral to the story of motoring. The precious 1913 racing silks of Percy Lambert, who was the first man to drive a car more than 100 miles in one hour, has made the final 50, along with the stunning Land Speed Record breaker Golden Arrow which was chosen for its tremendous aircraft power in a car. . 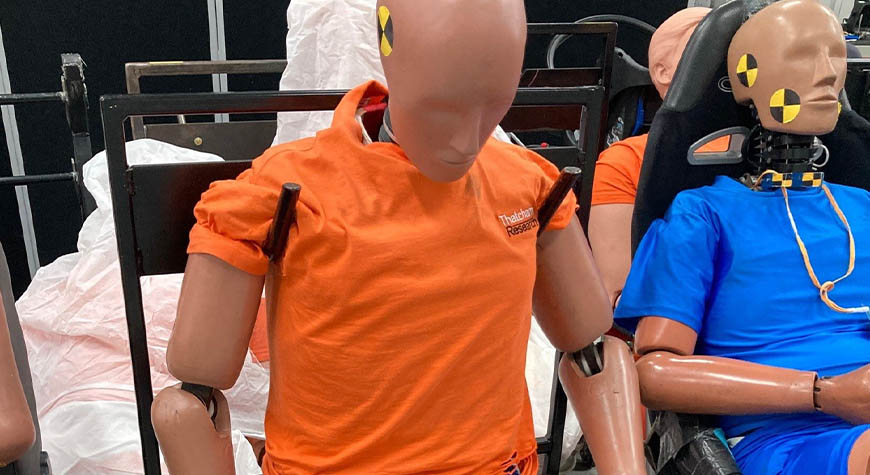 The story of motoring is in many ways the story of technological progress in engineering, electronics, IT, chemistry, town planning and road construction over the last 150 years. It is also a story that reflects our changing attitudes towards safety and the damaging impact of human activity on our planet. Cat’s eyes and a crash test dummy are just a couple of examples represented. 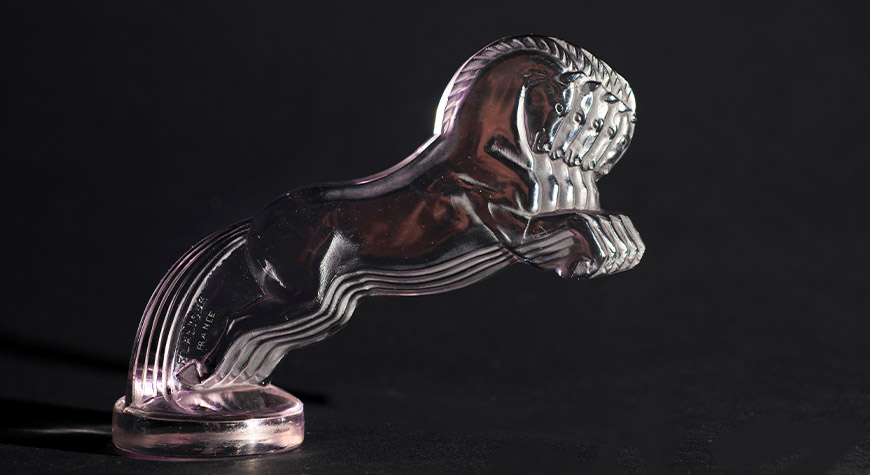 Motoring has drawn constantly from wider movements in art, design and creativity throughout its history. The 1911 Rolls-Royce Spirit of Ecstasy is a perfect example of this and is just one of the objects to make the top 50. Others include precious bonnet mascots crafted by René Lalique in the 1920s, and the lavishly illustrated Shell guide books of the 1950s. 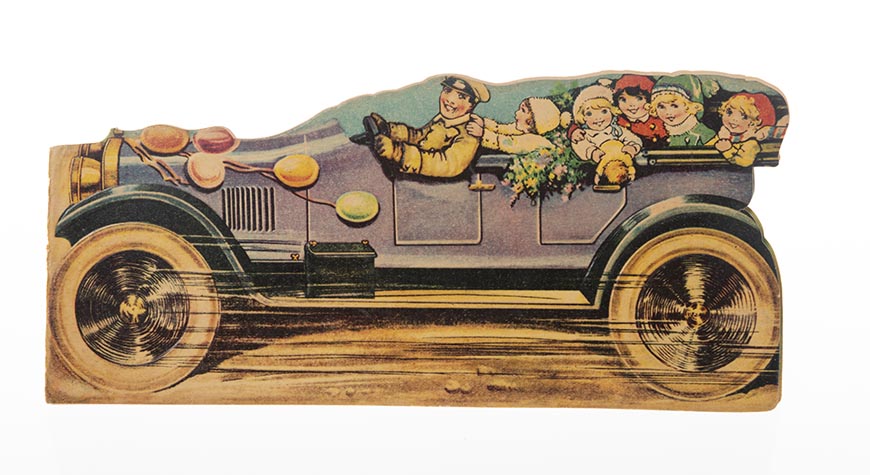 The techniques that were developed in the 20th century to mass produce, sell and service motor vehicles have transformed the way the world does business. Archive film of the 1913 Ford production line shows a transformation in industry, marking the start of motoring factory work as we know it. A 1920s children’s book telling the story of charabanc rides carrying workers and their families on day trips makes a colourful addition to the exhibition. 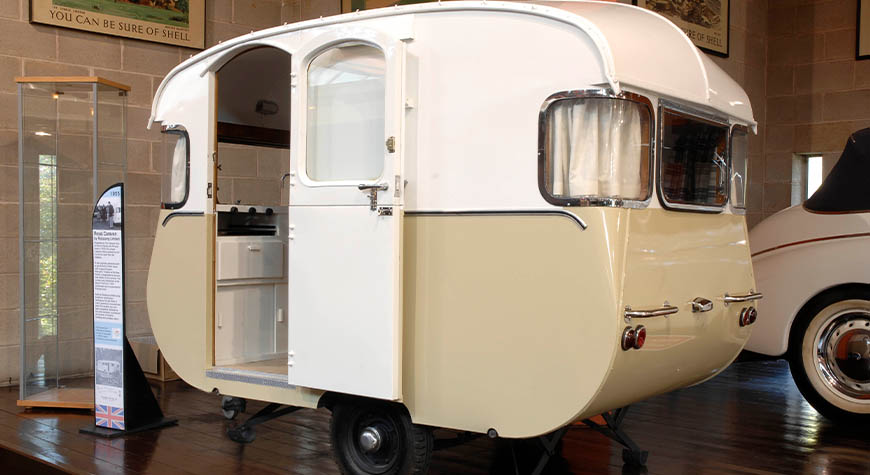 As motoring became accessible to more and more people in the 20th century, it gradually transformed the way we live our lives. The 1952 DRH car radio provided the first factory-fitted radios in British cars for driving music is represented, whilst the 1955 Royal Caravan, which is still owned by HRH The Princess Royal, also makes the final 50. 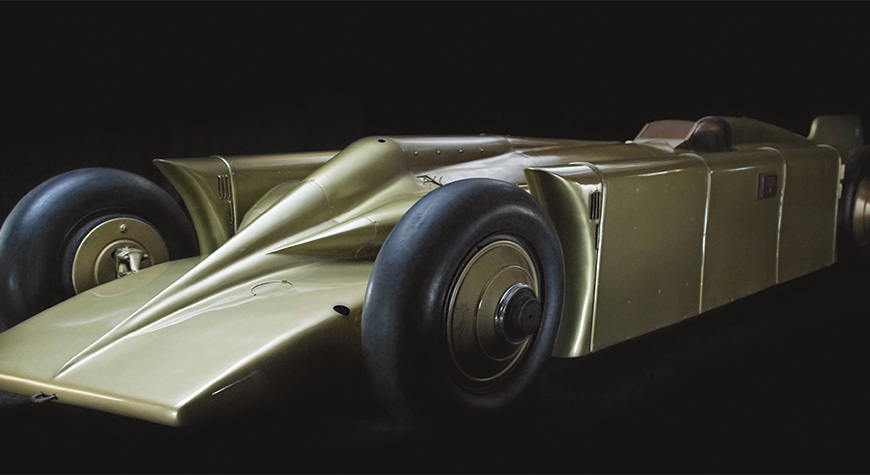 Visitors who join us will be able to use the Smartify app to scan the #50objects in the exhibition and uncover additional content and stories from the Museum’s collections.

What hidden stories will you uncover?

All included in your ticket 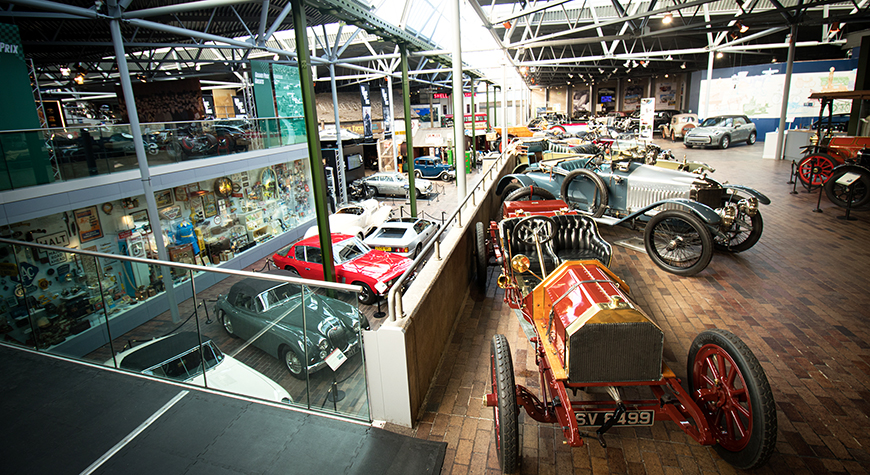 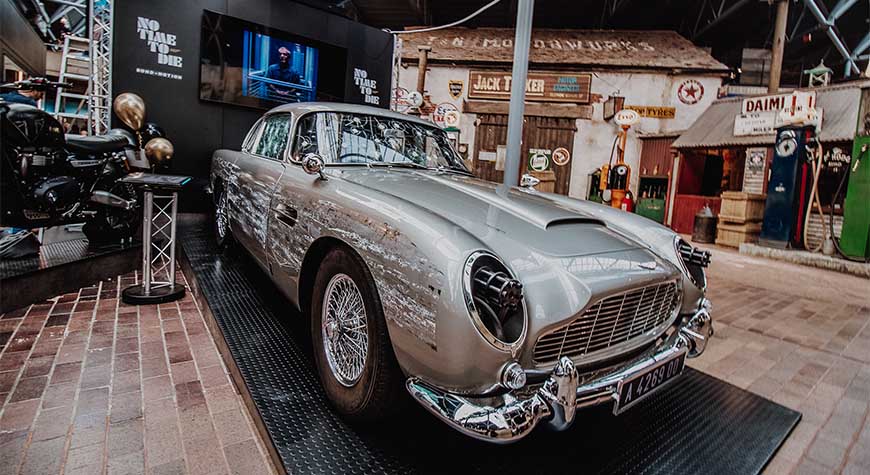 Enjoy Bond In Motion – No Time To Die as part of a marvellous day out to Beaulieu that all the family will enjoy together. Entry includes admission to all of the Beaulieu attractions including the National Motor Museum, World of Top Gear, Little Beaulieu, Palace House, Beaulieu Abbey and our stunning grounds and gardens.